About the Borella Ride 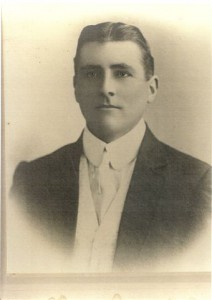 Albert Borella in his 20s (Source: The Borella Private Collection)

In 2014, the world marked 100 years since the beginning of World War I. Over the next four years, Australia and many other countries will be remembering and honouring the sacrifice made by millions of people during the Great War, which ended on 11 November, 1918.

To commemorate the Anzac Centenary, the Northern Territory Government, supported by the Australian Government, honoured one of Australia’s Victoria Cross recipients, Albert Borella VC, who volunteered to enlist in WWI and served at both Gallipoli and the Western Front.

Born in Victoria in 1881, Borella’s military service record was highly distinguished. He had a capacity for endurance, fearlessness and immediate action, which were the hallmarks of his achievements on the battlefield and the reason he was awarded the highest military honour possible, the Victoria Cross.

The Borella Ride retraced the difficult journey Borella made in early 1915 through 1,000 kilometres of the Northern Territory Outback to enlist. There was no conscription in Australia during WWI and enlistment was voluntary, making Borella’s efforts to travel from the Tennant Creek area to Darwin all the more remarkable.

Travelling through harsh climate at the peak of the wet season, Borella walked from the Tennant Creek area to near Renner Springs, at times swimming in flooded creeks. He then rode by horseback to Katherine, hitched a ride to Pine Creek on a horse drawn mail coach, and caught the train from Pine Creek to Darwin. Borella then travelled by ship to Townsville, Queensland to formally enlist, not knowing if he would even be accepted.

From 20 February 2015 to 3 March 2015, Albert Borella’s grandson, Richard Borella, and two companion Riders symbolically retraced the trip Borella made from the Tennant Creek area to Darwin.

The Borella Ride visited towns and communities along the Stuart Highway, from Tennant Creek to Darwin, with a range of activities taking place in each community including a travelling exhibition, historical activities, community BBQs, campfire talks, ceremonial and educational activities.

By commemorating Albert Borella and his journey, the Australian community honoured and remembered not only him, but all Australian servicemen and women who have been involved in armed conflict over the last 100 years.

The Borella Ride was covered by Television and the Press. Accordingly, it is possible that you may have been photographed individually or in a crowd scene and/or your voice recorded, with or without your knowledge.